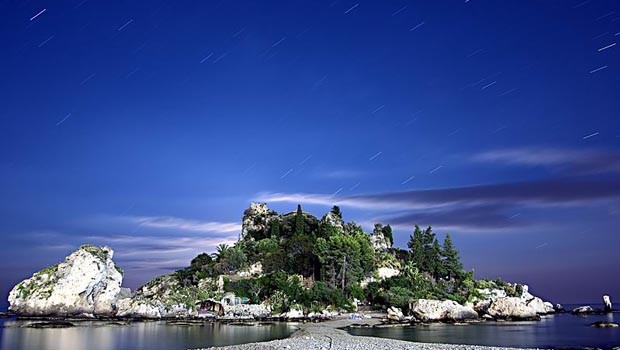 Taormina is one of the most important international tourist destinations in Sicily, boasting enchanting natural landscapes, a beautiful sea and many historical monuments. Taormina outstands also for its great location: 230 meters above sea level, on a magnificent terrace with the mighty Mount Etna in the background.

Taormina was founded as a resort town, as Sicilians, Greeks, Romans, Byzantines Saracens and especially the Normans, have chosen for centuries this location not only for political reasons but also to enjoy their holidays. The city has been and remains a vision for tourists from around the world, who love the beauty of it nature and want to experience the emotions of its art.

The most important monument of Taormina is the Greek theater (III century BC); nearby stands the Antiquarium consisting of relics from the same theater and greek-roman remains of the city. The main street is Corso Umberto I, the ancient Via Valeria for the Romans, full of cafes, shops and boutiques. On the Via Valeria runs the artistic itinerary of Taormina. Here you can admire Piazza Vittorio Emanuele – the ancient Agora area and later the seat of the Roman Forum; the Corvaja Palace – the ancient seat of the Sicilian Parliament; the Church of St. Catherine – built in the seventeenth century, on the background of the Roman Odeon, whose remains, dating to the Augustan age, are still visible behind the church; the Roman Baths – the remains of a large spa building of Imperial Rome in an elegant brick structure.

From the old town, walking down the coast, you will find Taormina Mare, with the beaches of Sant Spisone, Mazzarò, Capo Sant’Andrea, Capo Taormina. This area is characterized by large coves and curves gently modeling the coast. Almost before Mazzarò – where you can take the cable car connecting the bay to the centre of Taormina – you will find the wonderful nature reserve of Isola Bella – a lump of rock in the sea, thickly carpeted with vegetation and with geological cliffs. From Capo Sant’Andrea it is possible to reach beautiful sea caves by boat.

In the coastal strip from Letojanni to Giardini Naxos, you can practice many water sports. Diving enthusiasts can visit the caves and fissures of the coast, rich in corals and living organisms in the pulse of light and shadows of the underworld. In particular, worthy of mention is the rock of zi Gennaro, right in front of Capo Sant’Andrea: here the seabed does not exceed 10 meters in depth, but suddenly falls to 45 mt.

Taormina is also known for its wide range of leisure activities. Festivals, sports activities, religious events, concerts, theater, shopping sprees, and especially walking. Finally, Taormina is one of the worldly cities par excellence. In addition to the many bars and cafes scattered along the coast, those who like to stay up late dancing, will appreciate the rhythms of techno music and dance of the ’70s in the greatest discos of Eastern Sicily.

The closest airport to Taormina is that of Fontana Rossa in Catania. From there you can take the train or rent a car. 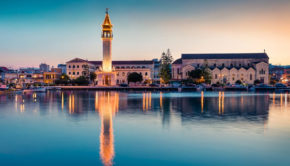 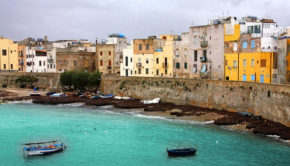 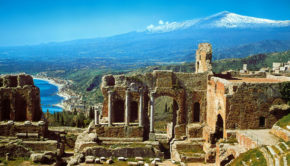