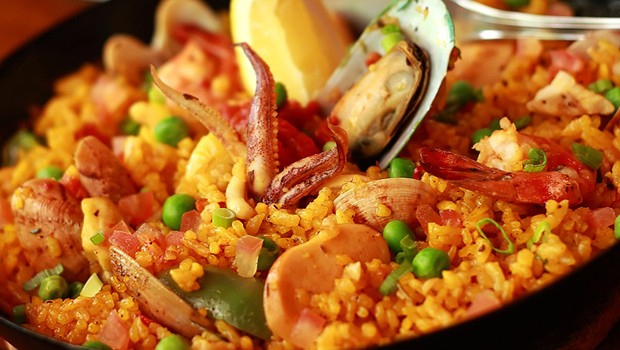 Beautiful Valencia. Third largest city in Spain, this is one of the most popular tourist destinations in the Mediterranean, also thanks to the transformation it has undergone in recent years, which made it an even more attractive and welcoming city.

Surely, what has contributed most to the revival of Valencia has been the foundation of the Ciudad de las Artes y de las Ciencias (City of Arts and Sciences,) designed by architect Santiago Calatrava, which is one of the most visited attractions by tourists.

Valencia has always contended the primacy of night life with Barcelona and Madrid, but the Valencian movida is truly unique, much more discreet and less noisy. Tourists who wander in the centre of the city are often invited for a drink to try the famous Agua de Valencia, typical cocktail made with orange juice, Cointreau, Vodka, Cava and Champagne, possibly served along with a good Paella, typical recipe from this beautiful city.

The word “Paella” derives simply from the pan used to prepare this dish which, as often happens in all traditions, originates from rural culture. Starting from the XVII century, in the area of Valencia along La Albufera lake, humble peasants put together products that their land offered – rice, vegetables, meat, rabbit, chicken meat and several spices, among which saffron plays a leading role.

Here is the first important fact: anyone who wants to enjoy an original Paella, must know that the real one is never mixed (with meat and fish): only meat is for the Paella Valenciana, only seafood for Paella de Marisco; over time the original recipe has been changed many times, so that the Paella Mixta we all know is only a recent … stuff for tourists!

Any resident, still nowadays, has in his home a so-called Paellero, a space to prepare and cook the Paella – the best Paella is cooked over wood and not gas.

Unfortunately, not all those traveling to Valencia have local friends to visit, but the good news is that there are also many restaurants serving sublime Paellas. La Casa Roberto, for example, in Calle Maestro Gonzalbo serves this dish in a familiar and warm atmosphere, even though lately it has become a bit too much ordinary and quite expensive; there is also La Marcelina – in Paseo de Neptuno, 8 – right on the sea, La Sucursal, near the IVAM museum and finallyCasa Salvador, which lies outside Valencia, precisely in the town of Cullera, but the place is lovely, as it is for its Paella!

2 Responses to Valencia: where to eat the real Paella