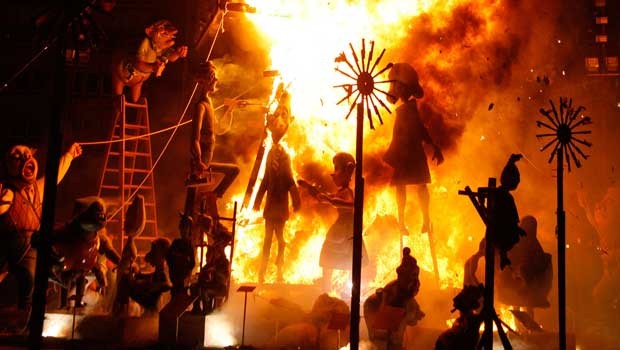 A nomadic life over the last decade has taken me to more than a handful of cities. For now I am wrapped in the arms of Valencia on the east coast of Spain. Photogenic, laid-back and affordable, there is not much more you can ask from a place to call home. In the height of summer, the heat can be penetrating when fully exposed to the sun, but the cool coastal breeze negates the humidity and the cool network of back streets provides a welcome shade. The atmosphere is extremely relaxed. The slow pulse is intoxicating to the point you can waste a day doing practically nothing. That’s all good and well for holidaymakers with time to kill, but for a busy freelance writer it is potentially reckless. It is all too easy to take a beer and watch passers-by from the street-side tables during the day. And the night life is intoxicating. The sensual energy in the arty district of Russafa tantalises your skin in the same way a live AA battery tingles the tip of your tongue.

The old town of El Carmen is the draw of the centre. Edgy, vibrant and entertaining, street performers gather in Placa de la Virgen and lively bars open their doors to the early hours the morning. Imposing government buildings and regal palaces appear at frequent intervals and the military gothic turrets of Quart Tower and Serranos that mark the entrance of the old quarter still bear the 19th Century scars of French artillery. Slink away from the crowds into the secluded residential back streets and you will find the most inviting restaurants and tapas bars. Valencia is the birthplace of paella and seafood aromas blend with freshly baked bread, sweet pastry delights and the odd waft of sewer.

Valencia has enjoyed an illustrious past. Until Christopher Columbus bought back his illicit riches from the ‘New World’, Valencia’s port was the most important in Spain. Ironically, it was Valencia’s bankers and wealthy merchants that helped fund the voyage of Columbus.

The most powerful family was the Borgia, descendants of a noble line and was represented in the Vatican by two Popes, Callixtus III and Alexander VI. Extremely rich and powerful, murder, corruption, theft and bribery are among the families list of misdemeanours. The parish of the Borgia was the imposing Cathedral in Placa de l’Almoina at the heart of the old centre. Originally founded in the 13th century on the grounds of an earlier mosque, the Borgia were instrumental in the extension works we find today. The Cathedral’s principle treasure is the fabled Holy Grail, the sacred chalice Jesus is said to have used at the Last Supper. Unfortunately the light reflecting off the Perspex casing some 10-metres from the barrier rope makes it difficult to see. Take the opportunity to take in the best views the city has to offer from the roof.

City of Arts of Sciences

The blend of historical buildings is offset with modern architecture that spiral visitors into the 21st Century. The striking Palau Music Hall gives you a taster but the pinnacle is the Ciudad de las Artes y las Ciencas. Here you can visit Europe’s biggest oceanarium which boasts over 500 marine species from around the world. Other than the chance to see penguins and Beluga whales, extra activities inside the futuristic complex includes human hamster balls and close-up encounters with dolphins and sharks. The city’s charm is accentuated by its many ornate fountains and restful parks, none more so than the infamous, Turia Gardens. Still known by the locals as El Rio, the former river was drained and converted into 6.5 miles (10 kilometres) of greenery following the catastrophic flood of 1957. The Turia is the only riverbed in the world to have been converted into a recreational playground and locals engage in a wide variety of sports activities. Hire a bike and pedal through the City of Arts and Sciences.

If you are travelling around Europe, you may want to align your visit with one of Valencia’s annual— and unusual—festivals.

In March, the entire city becomes the centre of chaos for the Las Fallas, five days and night of endless partying. Many of the locals dress up in medieval clothes, lively bands parade the streets, the sky lights up with fireworks and giant paper mache models are set on fire. Just as crazy is the La Tomatina Festival held in the town of Bunol 19 miles (30 kilomteres) from Valencia. The bizarre event involves pelting participants with tomatoes, a tradition the locals have engaged in after an impetuous vegetable fight in 1945.

Valencia is also the gateway to Ibiza, just a few hours away by ferry. The party island has a global reputation for its hedonistic nightlife and upmarket hotels, but there is another, quieter, side to Ibiza which boasts natural scenic beauty, tranquil coves and ancient history.

Valencia is an up-and-coming tourist destination and has plenty to offer visitors, but without the hordes of tourists you find in Madrid, Barcelona and other seaside towns along the Costa Brava. Thanks to its coastal location, visitors can combine beach life with city tours. 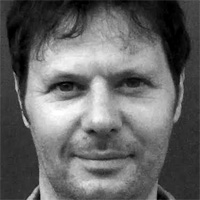 Richard Oldale Richard is a freelance writer and lives in Valencia, Spain. He is enthusiastic about travel and loves to experience different cultures. In July 2014, he published a book titled Journeys to Ancient Worlds: Journeys to Ancient Worlds: What Modern Man Can Learn from Ancient Civilisations - South AmericaWhat Modern Man Can Learn From Ancient Civilisations which investigates the desecration and cover-up of ancient history in South America.